I picked up this selection pack from my nearest dépanneur because it was only about ten dollars.  Each of these beers therefore gets a yes for the price.

This is a decent beer, not the best cream ale I’ve had so far but by no means a bad beer.  This will be a theme for this selection.

It gets a Yes for being good, well it’s not bad so that’s a given.  It’s got a Yes for the price and for another Yes for the description.  I’d drink it again so that’s a fourth Yes, and at the price Yes I’d recommend it to.  So that’s five Yeses – which by now means, it’s ok, but nothing special.    5/11 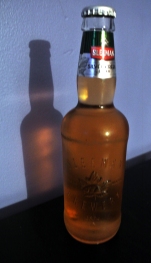 Again, this is a decent lager, without having anything special about it.  Like the Cream Ale, it’s going to get five out of eleven for being good, cheap, accurate, recommendable at this price and something that I would drink again.   5/11

This is indeed a fine porter.

Of the six beers in the selection pack this was the one that stood out as the best.  It was a smooth well balanced stout, that was very easy to drink and that quenched my thirst perfectly.  Score-wise it gets the same five yeses as the previous two beers, but I would consider going out of my way for it if I was in the mood.  So I’m giving it six.    6/11

Not really a lot to say on this one.  It was a little bland compared to the others in the selection and to the majority of other beers I’ve tried so far.  But having said that, it is ok so it notches up four Yeses, for being good (ok at least), cheap and accurate and I’d probably try it again.   4/11 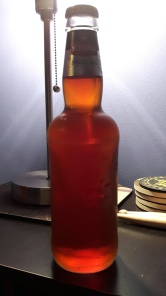 Very similar to the Railside Session Ale, but with a little more flavour.  I can’t honestly remember anything more about this one, which tells me that it was ok but again nothing special.  I’ve given it five Yeses for being good, cheap, accurate (there is a hint of something different in the flavour, but I can’t remember what and it wasn’t enough to gain an extra yes for being interesting or different) and recommendable (at a cheap price).  I would also give it another go.    5/11 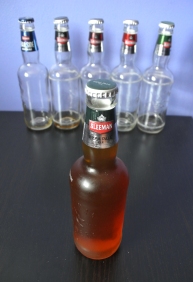 I don’t like IPAs, so I left this one for last.  It was actually pretty good, but did not taste like most IPAs I’ve had so far.  This somewhat confuses the accuracy/being different questions in my marking scheme.

In all honesty, I would find it difficult to tell at least four of these beers apart.  This one gets four Yeses for being good, cheap, recommendable and I would try it again. 4/11

This for ten dollars is a pretty consistent selection of beers.  If I were to try any of them again, I would definitely go for the Porter first.  It’s becoming clear just over a fifth of the way through the challenge that I like stout.