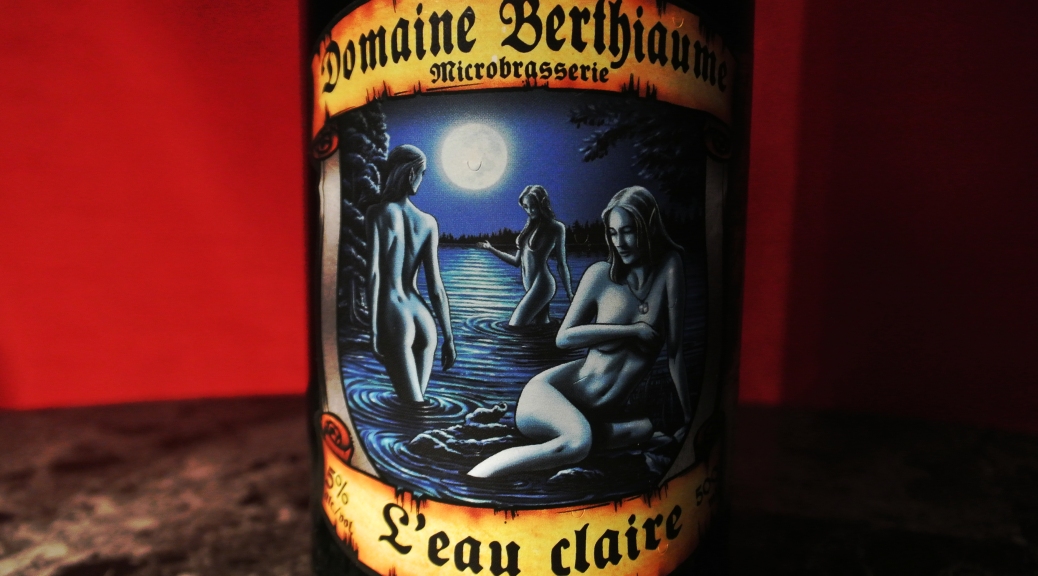 I was going to be witty and write a few lines celebrating my sixty-ninth different beer this year filled with innuendo, but it was too hard…

Here’s a description and a few pictures instead. 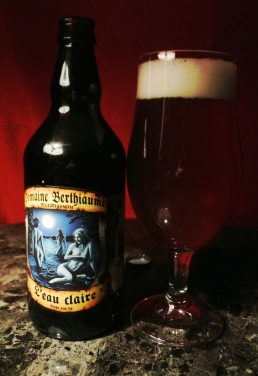 Food shopping has lately turned into standing at the beer section and deciding which of the many beers to take home with me.  I’m at the stage where I’m picking them based on the pictures on the bottle and this one attracted me for some reason. 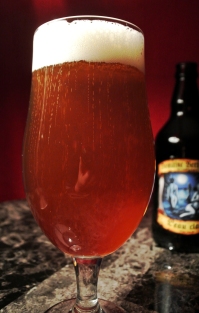 One of the nice things about trying different beers and then writing about them is the research involved.  As mentioned before, I’m no connoisseur of beers (nor am I a writer, or even someone who checks their spelling for that matter), but I’ve found it interesting looking into the various microbreweries located around Quebec.  I’m happy to have found several beers from Domaine Berthiaume.

Their L’Eau Claire is a fine blond ale with a slight hint of fruit in the flavour.  This hint of orange gives the beer an interesting aftertaste but it’s quite subtle all the same.

And so to the score… 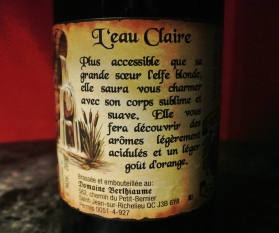 Firstly, this beer was good, as loose a term as that is and I would definitely drink it again and recommend it to a friend.  So that’s  Yes, Yes and Yes so far.

The price from my local Métro was reasonable, about $5 from what I recall so I’d give that a Yes.  The name and description were accurate.  In fact, the description helped me figure out exactly what that aftertaste was so that’s definitely a Yes.

So now to the tricky part – just how good was the beer?  I would quite happily walk the extra block on the way home from work to grab a bottle.  So that’s one Yes.  However, I think that would be it.  I can’t imagine putting on layers, a scarf and a hat to go and search for one.  I’d definitely not fight a bear for it.  Having said that my last three questions are really there to separate good beers from great beers.

This is definitely a pretty good beer, but not great.